I just submitted an application for the AIPG William J. Siok Graduate Scholarship. As part of this application, I prepared an essay on “Why I Want to be a Geologist”. I am sharing that essay here because I feel that – at least for those less familiar with the joys of our wonderful fields of study – it can be pretty inspiring to hear about how scientists discover their passions.

In his National Book Award-winning story, The Snow Leopard, Peter Matthiessen writes of his time trekking through the landscapes of the Himalaya-Tibetan orogenic system:

However, through my investigation of this system, I feel somewhat poised to proclaim that there is nothing simple about it. I cannot disagree with the narrative immediately following; however, when Matthiessen writes,

There is something strangely alluring about mountains that I’ve been drawn to as far back as my memories reach. My appreciation likely stemmed from being geographically situated within a short distance of the Appalachians during my formative years. I enjoyed time during my youth staring off into soft blue ridges coalescing on the horizon. Later – as a teenager – I enjoyed new-found freedoms of independent travel.  I went westward, where the soft blue ridges materialized into rising rock monoliths that I hastily placed my feet upon. There began my everlasting bond to that mountainous landscape and the earth from which it formed. 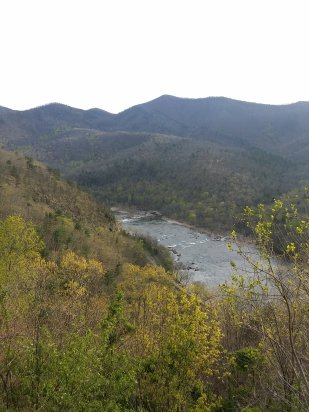 The James River near Roanoke, VA

While I continued to spend my free time in the great outdoors appreciating these geologic phenomena, I did not immediately see in geology the potential for a life’s work. Therefore, as an undergraduate with little notion of what I was seeking in a career, I simply focused my efforts on using my quantitative skills and drive to solve complex problems to position myself in a role with the potential to improve the lives of others. I was first drawn to polymer science and engineering, which I studied because I am fascinated by the physics of that class of materials and believed that improvement in practices related to end-uses could have broad societal impact. I found; however, that I did not wish to be so narrowly focused.

Therefore, I began seeking redirection and after graduation was fortuitously encouraged to participate in an NSF-funded field study directed at introducing traditionally underrepresented groups to the geosciences. I experienced disbelief when first experiencing the educational platforms afforded as a student of geology. The natural laboratories to which I was introduced included maar volcanoes, exposed laccoliths, wild gypsum caves, dinosaur footprints, and fault-block mountain ranges. I was completely blown away: not only by the variability of features; but also, the new understanding of processes that led to their formation. 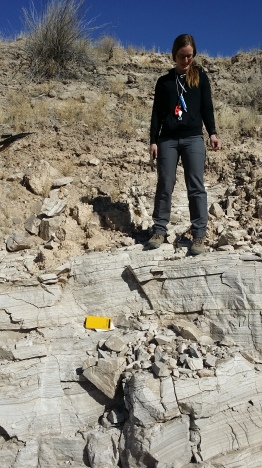 Since that experience, I began to crave deeper perceptions of the natural environments which I had long enjoyed. Further, I was inspired by the realization of interdisciplinary nature of geology. This exciting revelation led me to truly submerge myself in broad geologic knowledge. I also began to see connections between my previous studies and geologic disciplines such as structure and tectonics. I, therefore, decided to tie together my interests and experiences by pursuing graduate research in continental orogenesis. In this capacity, I now study the complex, interdependent processes that result in large-scale orogen evolution as well as travel into the field to experience the world’s most magnificent features. Geology has allowed me to comprehend things I never thought possible about phenomena that I could have never imagined.

In short, I am truly inspired by my craft. It brings to me a sense of wholeness; a sense of familiarity; a sense that I have found my place. This feeling isn’t surprising considering the oft-quoted adage by John Muir:

“Going to the mountains is going home”